It’s official! Netflix has renewed The Umbrella Academy for Season 2!

Netflix released its earnings report for the recent financial quarter, which contained data about the platform’s most popular offerings. The report declared Umbrella Academy had been viewed by more than 45 million member households in its first month, showing the appeal of the adaptation of Gerard Way and Gabriel Bá’s comic. Umbrella Academy managed to secure as many views as the new documentaries Fyre: The Greatest Party That Never Happened and Our Planet combined! 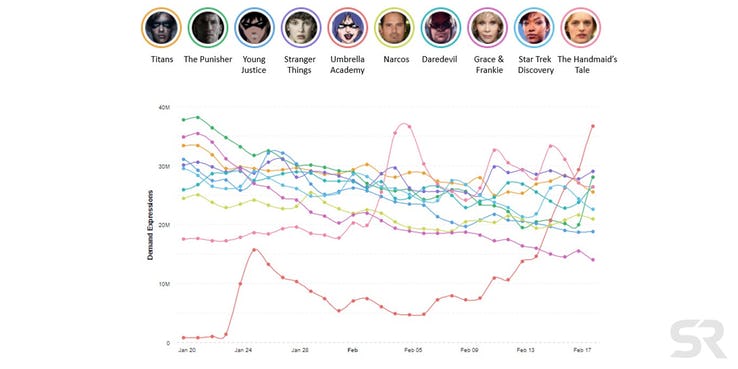 When it rains, it pours. Meet The Umbrella Academy! A dysfunctional family of superheroes comes together to solve the mystery of their father’s death, the threat of the apocalypse and more. Adapted from the Dark Horse comic created by Gerard Way and Gabriel Bá. Check out the comics that inspired the hit series!

The critics have spoken! The Umbrella Academy is a must-watch!

“The show is every bit as good, as delightfully odd, and as touching as the comic.” -Vox.com

“While the title might evoke images of dark clouds, the forecast for Umbrella Academy actually looks pretty bright.” -CNN

“The Umbrella Academy is incredibly interesting, enjoyable, quirky, and well worth your time.” -Collider

Watch The Umbrella Academy on Netflix! Check out the trailers below.

About The Umbrella Academy S1:
On the same day in 1989, forty-three infants are inexplicably born to random, unconnected women who showed no signs of pregnancy the day before. Seven are adopted by a billionaire who creates The Umbrella Academy and prepares his “children” to save the world. Now, the six surviving members reunite upon the news of their father’s passing and must work together to solve a mystery surrounding his death. But the estranged family begins to come apart due to their divergent personalities and abilities, not to mention the imminent threat of a global apocalypse. The Umbrella Academy is based on the comic book series created and written by Gerard Way, illustrated by Gabriel Bá, and published by Dark Horse Comics. The show is produced by UCP for Netflix, with Steve Blackman serving as executive producer and showrunner, and additional EPs Jeff F. King, Mike Richardson, Keith Goldberg, Gerard Way, and Gabriel Bá.