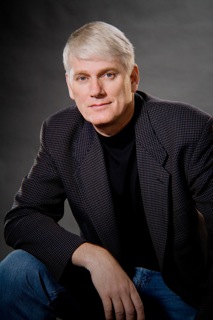 Dark Horse Comics was founded by Mike Richardson with the goal of telling great stories. This idea led the publisher to spin-off Dark Horse Entertainment in 1992. The company’s first major films—THE MASK and TIMECOP — were based on Richardson’s creations and both opened #1 in box office. DHE has since produced over 30 films and series, including the HELLBOY films, and an Emmy Award–winning documentary, MR. WARMTH: THE DON RICKLES PROJECT. Recently completed projects include THE LEGEND OF TARZAN film for Warner Bros., and the DARK MATTER television series for Syfy network. Current projects include the HELLBOY reboot starring David Harbour (Stranger Things) directed by Neil Marshall (The Descent), THE UMBRELLA ACADEMY, a Netflix original series based on the comics by Gerard Way (My Chemical Romance) and POLAR, a noir action thriller starring Mads Mikkelsen (Rogue One).